“Clean” is defined by Merriam-Webster as “free from dirt or pollution” or “free from contamination or disease,” but it is worth noting that there is no universally accepted definition of “clean” which has been adopted by everyone in the cleaning industry.

According to the Cleaning Industry Research Institute website, Dr. Michael Berry (Chairman of the Science Advisory Council for CIRI and author of the book Protecting the Built Environment: Cleaning for Health) has proposed the following definition of clean: “an environmental condition free from unwanted matter” – and has further defined “matter” as “anything of substance.” While this definition has not been universally accepted by the cleaning industry, it is a good place to start.

Does It Look Clean?

Traditionally, the assumption has always been made that “if it looks clean, it is clean”.

In other words, people in the cleaning industry typically strive for a surface which has been cleaned for “appearance”. This “white glove” method of determining surface cleanliness has frequently been referenced as a standard to meet. If the term “white glove” is not specifically stated then it is often present in spirit in these situations.

A certain amount of truth can be derived from performing a white glove cleaning test. However we now know that while removing the visible dirt is important, it is just the beginning if a clean and hygienic surface which is free from all pathogenic bacteria. Oftentimes it is the dirt and bacteria which cannot be seen which can be the cause for the most concern.

Although there is no shortage of anecdotal evidence to support marketing claims touting the efficacy of a variety of cleaning products and equipment which leave a clean surface appearance, not all of these claims have been validated by scientific data. But can the total cleanliness of a surface be measured?

Cleaning For Health, As Well As Appearance

Enter science.
According to the ISSA and CIRI, Adenosine Triphosphate (ATP) testing systems can be used to measure the biological load present on a given surface, and therefore serve as a qualitative measurement of the overall cleanliness of that surface. Using ATP testing, the folks at Kaivac Cleaning Systems embarked upon a study which measures the cleaning effectiveness of three cleaning processes: string mop cleaning, flat microfiber mop cleaning and high flow fluid extraction (HFFE) method.

What is high flow fluid extraction?

High flow fluid extraction combines the three primary components in the process of cleaning – agitation, chemical and time – and then combines them with a process which ensures that fresh ingredients (including fresh water) are flooded upon a surface, and then unwanted contaminants and soils are suctioned away, leaving a surface which has been cleaned for both appearance and health.

This HFFE process can be summarized in the acronym FACTS:

What Were The Results of The Cleaning Study? 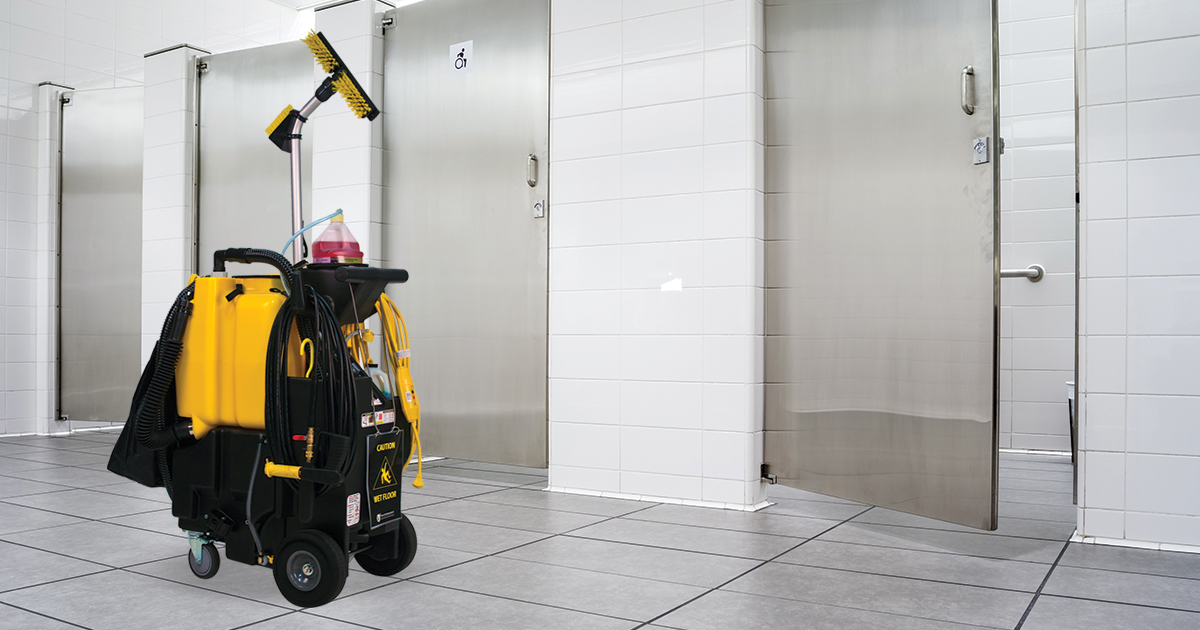 While there are different opinions on what to ultimately do with the science behind cleaning, it stands to reason that better cleaning results can be expected using a cleaning process which has been scientifically validated. WAXIE will continue to research, innovate and advocate for the most effective cleaning processes which most effectively remove soil and bacteria from surfaces throughout a facility, and will continue to represent cleaning advancements like HFFE.

Methodologies and detailed recaps of the experiments conducted, along with the executive overview and conclusions, can be viewed in the study, Cleaning For Health: A Comparison of Cleaning Methods